11 Best Things You Must Do in Sarajevo, Bosnia For Your Next Adventure

Sarajevo – the capital city of Bosnia and Herzegovina is one of the most underrated travel destinations in Europe. A world-class foodie destination with breathtaking scenery, beautiful architecture, dynamic culture and many more!

Located in South Eastern Europe – the culture and architecture are heavily influenced by both the Ottoman and the Austro-Hungarian Empires makes Sarajevo so unique, and is an essential stop on the continent.

Get ready because once you’re done reading this article, you will most definitely want to immediately pack your bags and book flight tickets to Sarajevo!

Here are the 11 things you must do in Sarajevo!

Located in the Old Town, Bascarsija Square is a bazaar and is one of the Bosnia’s main tourist attractions! During its golden age, Bascarsija was not only Sarajevo’s economic center, but also the largest trading hub in the Balkans attracting merchants from Florence, Venice and Dubrovnik alike. 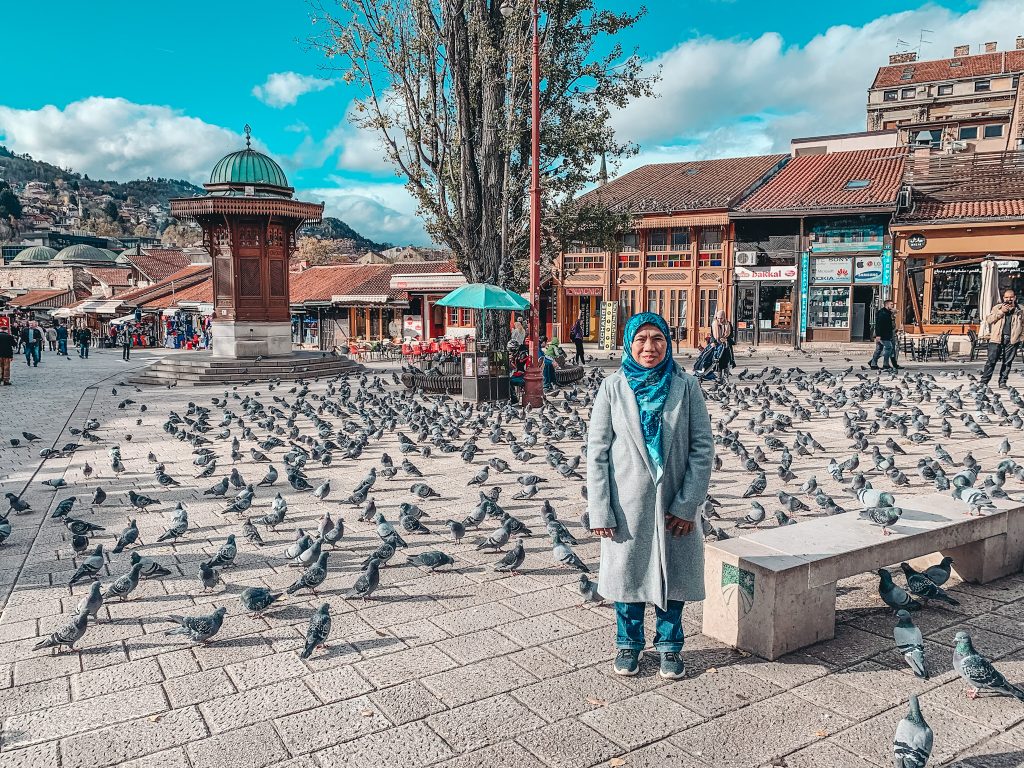 Bascarsija, the best place to start your old town tour

There is a reason why they call Sarajevo the European Jerusalem. You’ll see mosques, Orthodox and Catholic churches and synagogues all at the same time. All these different cultures seems to coexist in complete harmony here. 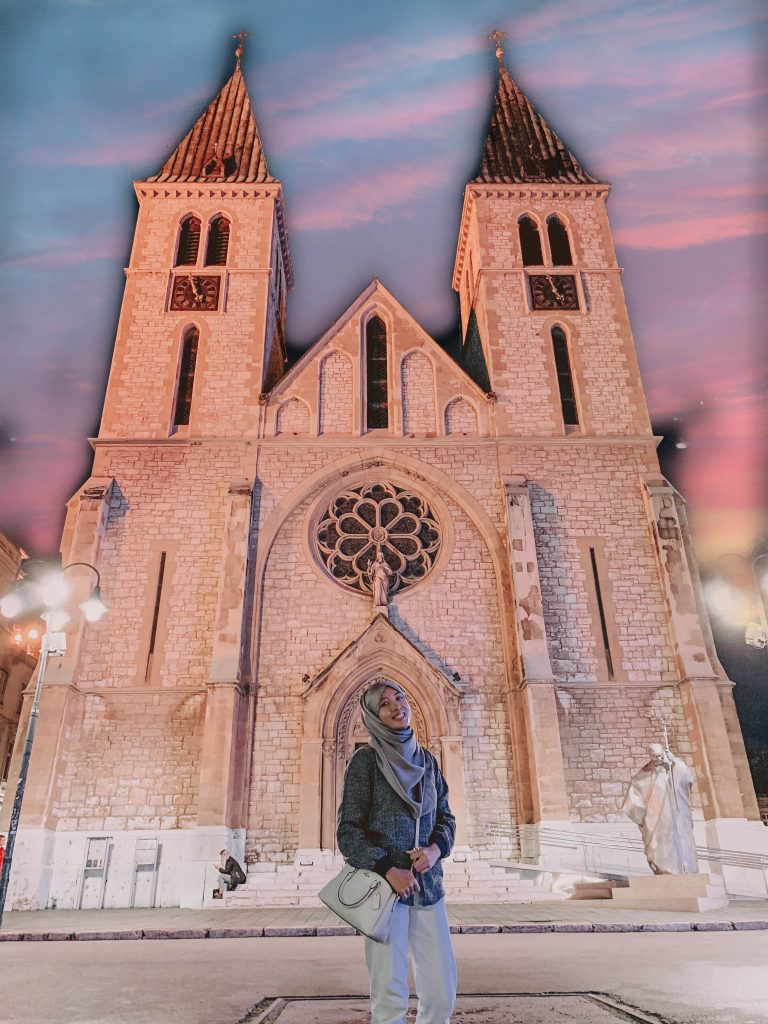 It’s my favourite place to visit because you automatically feel like you’ve been transported to the 15th century.

#2 Admire The Sebilj Fountain, A symbol of Sarajevo

In the heart of the Bascarsija Square, you’ll find the iconic landmark of Sarajevo – The Sebilj Fountain. It is an Ottoman-style wooden drinking fountain built by Mehmed Pasha Kukavica in 1753. It was destroyed in a fire and then rebuilt by Austrian architect Alexander Wittek in 1913. 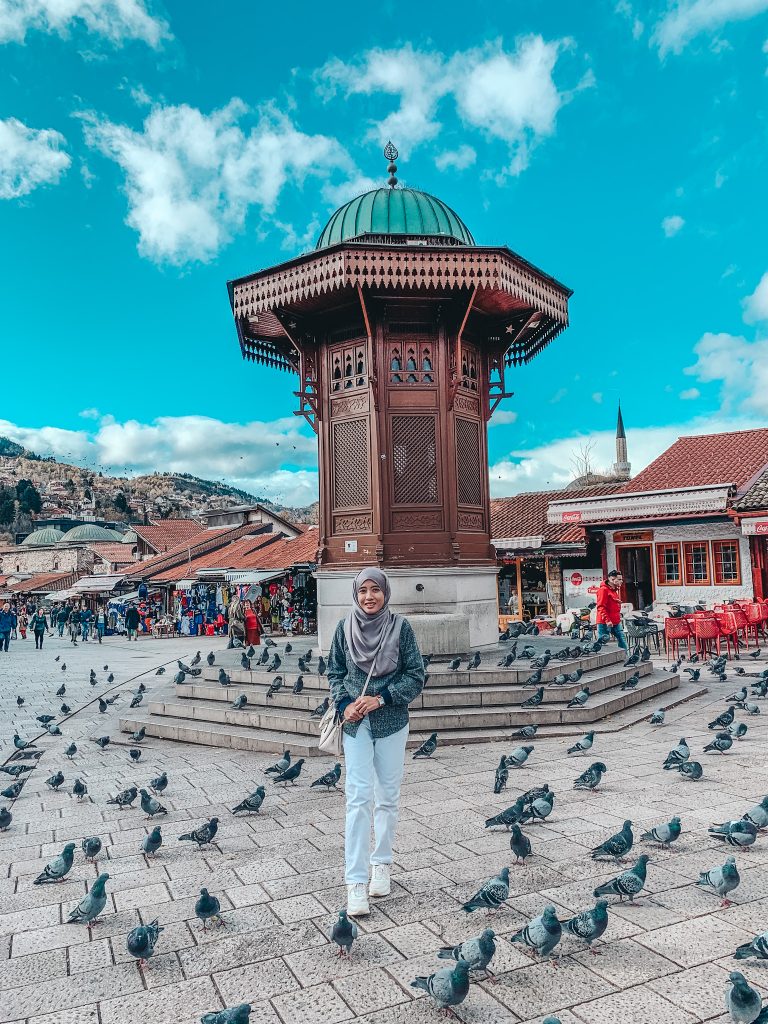 It is where the locals and tourist go to snap picture-perfect and Instagram-worthy photo with lots of pigeons as backdrop. Located in the Pigeon Square, it’s a good landmark for navigating the bazaar.

A legend says: “Whoever drinks water from any Sarajevo’s fountains and spouts will come to Sarajevo again”. So, don’t miss out to drink water from the Sebilj Fountain. 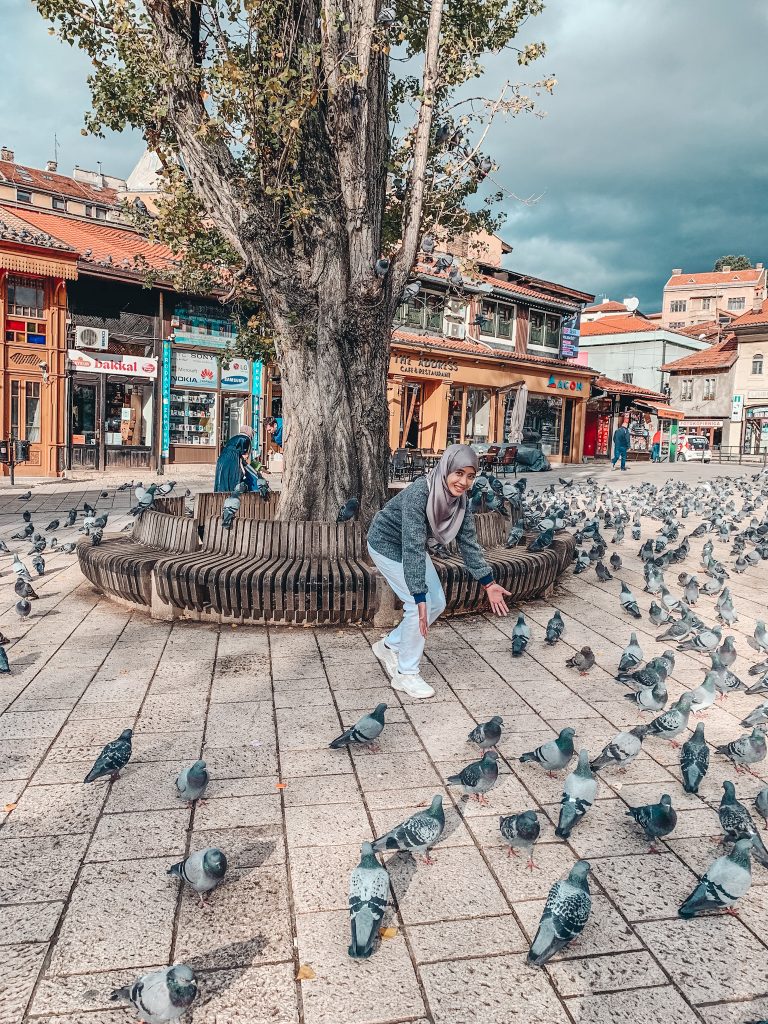 Pigeon Square, we recorded video while feeding the pigeons

I enjoyed watching people get excited to see the Sebilj Fountain and I highly recommend to feed the pigeons here. You will remember this experience all your life!

The other major landmark in Sarajevo, Gazi Husrev-Beg’s Mosque is an absolute treasure. Not only it is stunning, but this mosque is the largest historical mosque in Bosnia and Herzegovina and most important Ottoman structure in the Balkans! 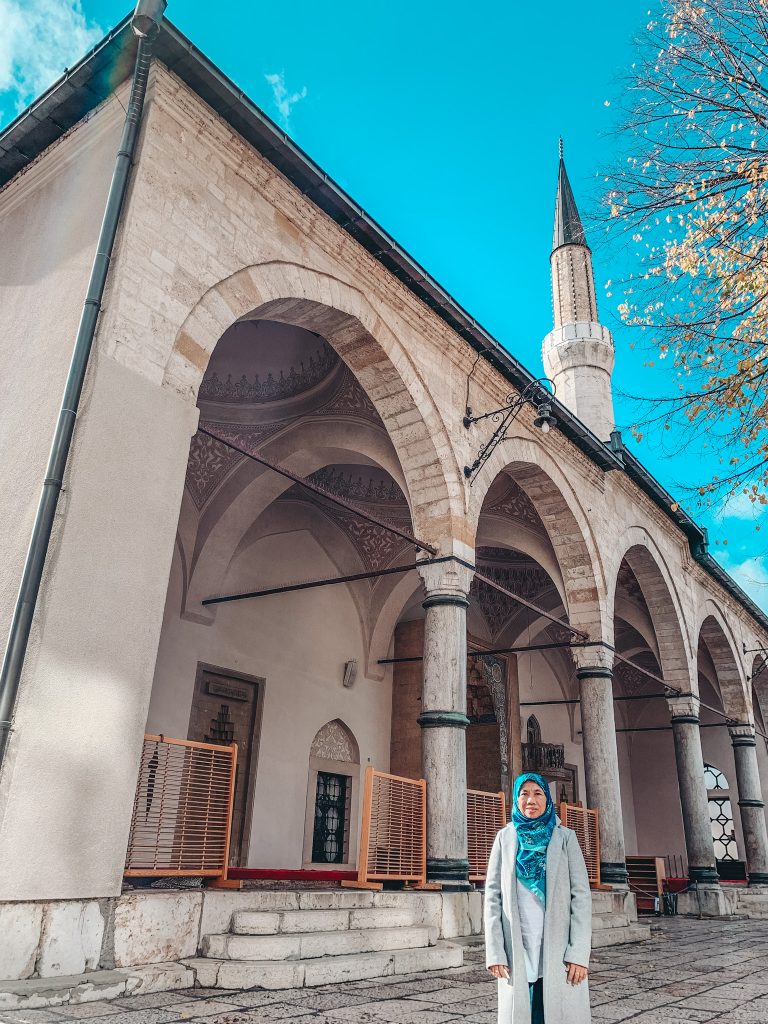 I can tell you one thing about Gazi Husrev-Beg’s Mosque, the photos you see doesn’t match how beautiful it was. I have seen photos of the mosque everywhere and it’s so much more beautiful in person. A tear or two rolled down my cheeks the first time I laid eyes on the mosque.

I had goosebumps seeing the famous Gazi Husrev-Beg’s Mosque

I was blown away by the gorgeous Ottoman architecture of Gazi Husrev-Beg’s Mosque.

Did you know that Bezistan was a high prestige shopping arcade built during the Ottoman era? The history of Bezistan is actually where the upper-class residents of Sarajevo shop the high quality silks and textiles. 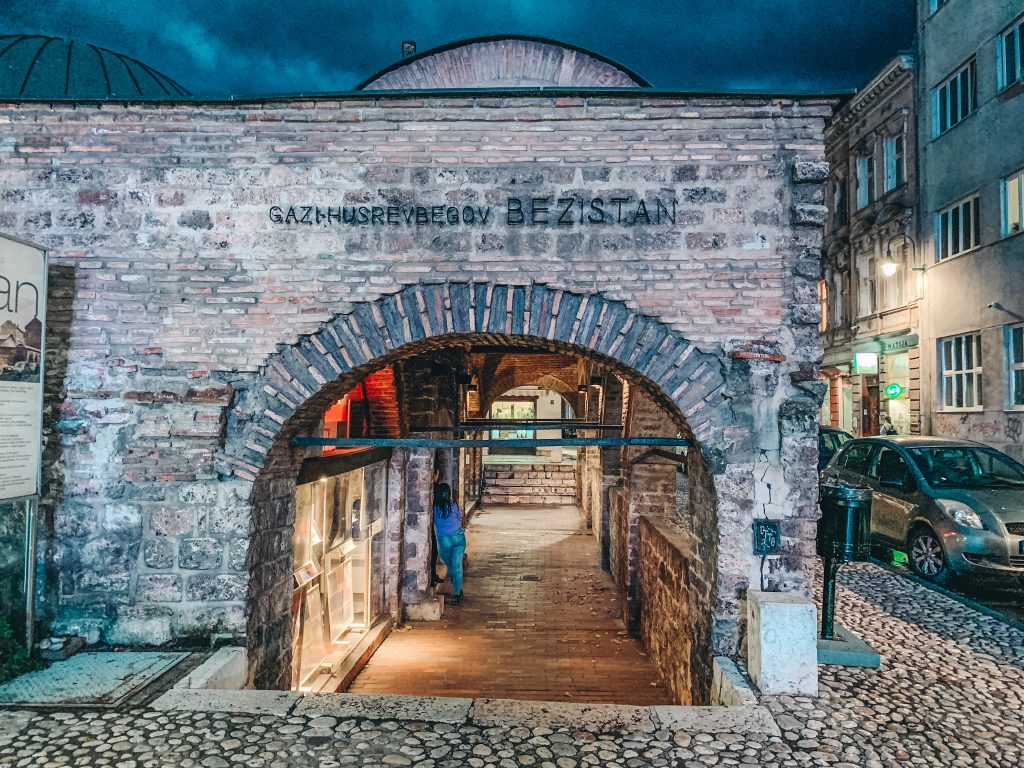 A beautiful architecture, plenty shops in both sides with many entrance gates. Today they sell souvenirs, gifts and many others. It’s similar to Grand Bazaar in Istanbul but it is much smaller. I highly recommend to bargain if you shop for souvenirs here.

Bezistan – I love seeing the Ottoman architecture on it

From typical Bosnia-themed magnets to unique items like notebook and more, you’ll definitely find souvenirs for your loved ones.

#5 Walk Along the Historic Latin Bridge

When you are in Sarajevo, walk all the way to the end of Latin Bridge. You’ll see nice scenery and get the views of the Miljacka River. As beautiful as it is, hard to believe that this iconic location was the beginning of the First World War. 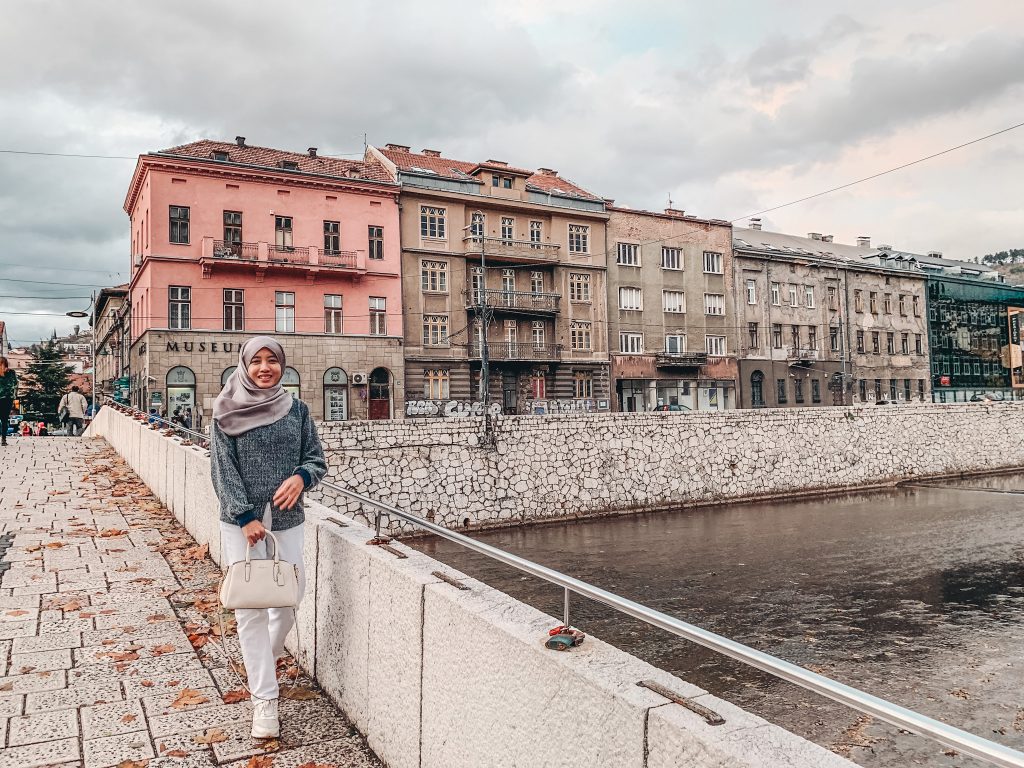 A breezy walk across the Latin Bridge

Only a few meters from this bridge where the Austro-Hungarian Archduke, Franz Ferdinand and his wife – Sofie was assasinated. This incident known as the Sarajevo Assasination, triggering the First World War. 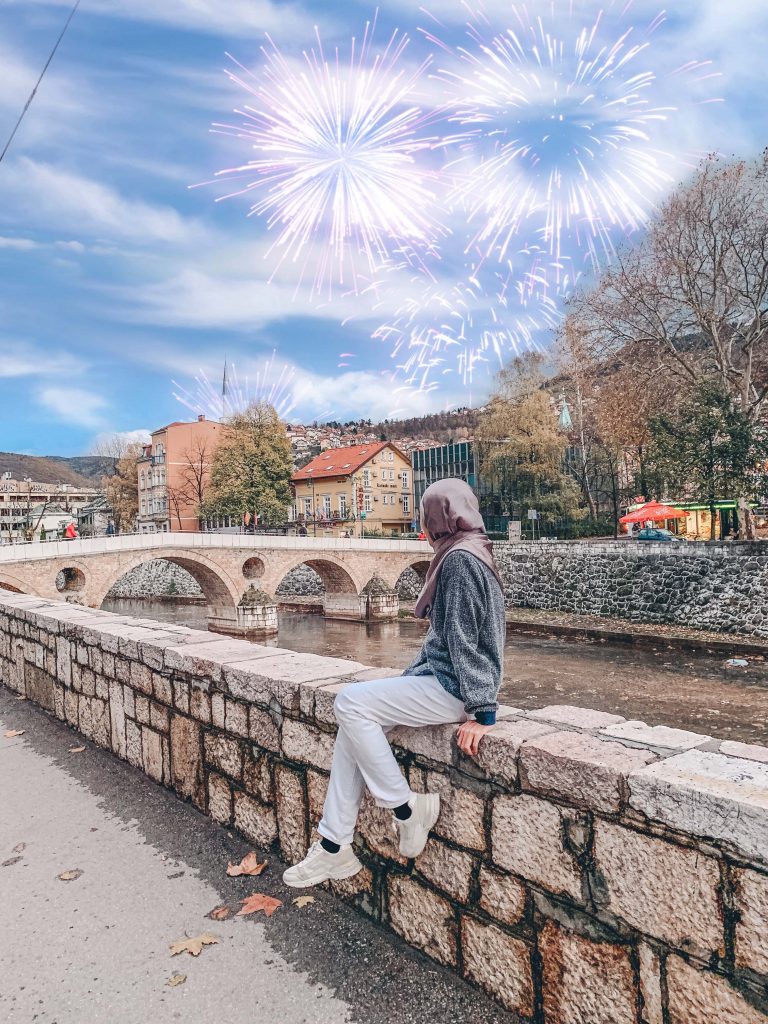 A beautiful bridge with a sad history

Latin Bridge was constructed by a wealthy trader from Sarajevo and it’s just a short walk away from the Old Town.

#6 Visit the Vijecnica or City Hall

Sarajevo City Hall was initially the largest and most representative building of the Austro-Hungarian period in Sarajevo and served as the city hall. The brightly painted building Vijecnica or city hall has been converted into a library. Destroyed in a fire in 1992, this library has been restored in 2004. 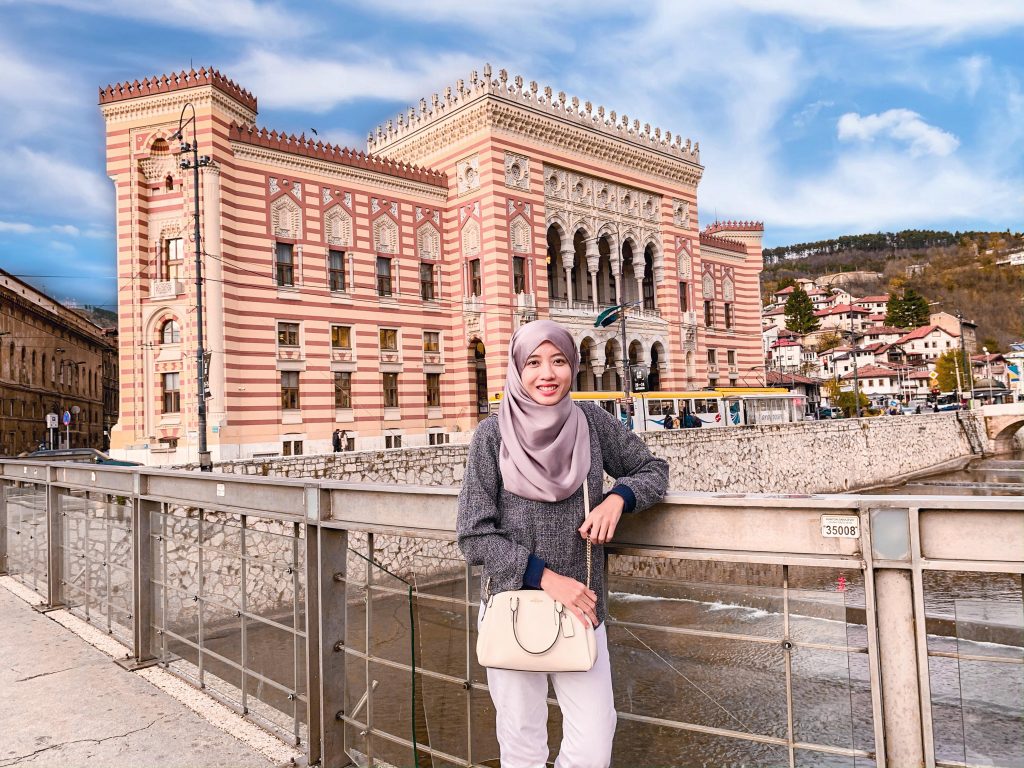 When people staring at you but you don’t care because you’re tourist and you’re going to take photos ok?

Vijecnica is one of iconic attraction in Sarajevo and also stunning spot for photos!

Look up and turn around when you reach the Sarajevo Meeting of Culture line. This is the spot in the city that connects East and West. With the East considered Ottoman and Islamic and the West seen as Austro-Hungarian and Christian. 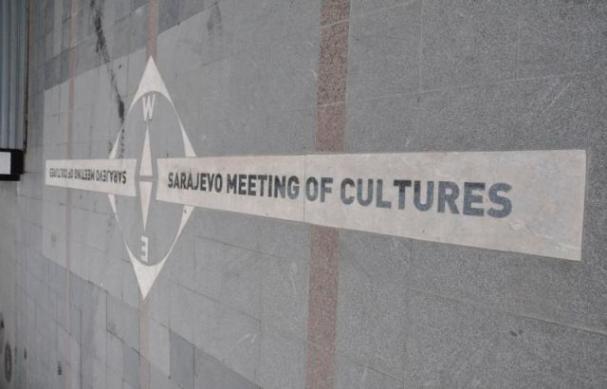 I can feel I’m in Vienna one minute and Istanbul the next.

There are plenty of cafes and restaurants in the Old Town that offer you delicious authentic Bosnian food. I had their most popular food dish that is ćevapi or ćevapčići. This dish reminding me of kebabs but taste way better! Me and cevapcici basically

Cevapcici is served with soft homemade bread, sour cream and onions. Cevapcici are made of either beef, lamb or mixed. After eating my cevapcici, I finished off my meal with yoghurt drink.

With Dira, my partner-in-crime throughout this trip! I love how we can click with each other though we only met on this trip 🙂

Cevapcici was super yummy and satisfying. The good news is that it’s easy to find halal food in Sarajevo!

#9 Get Your Caffeine Fix with Bosnian Coffee

If you’re a caffeine addict or a little adventurous, you should try drinking traditional Bosnian coffee. Bosnian coffee is thick and the smell is very aromatic. Their coffee is similar to Turkish coffee.

Bosnian coffee, suitable for those who loves Espresso

Bosnians would normally take a small bite of sugar cube, then take a sip of coffee and let the sugar dissolve with the coffee in the mouth. This way, the fine coffee grounds would have settled at the bottom of the cup.

Don’t miss to get your first taste of Bosnian coffee while you are here.

A visit to the Tunnel of Hope gives you a very deep emotional experience. Experience a brief walk through the public part of the tunnel which is a 25m-long section of what was originally an 800m-long hand dug tunnel after watching a short video showing the siege of Sarajevo. 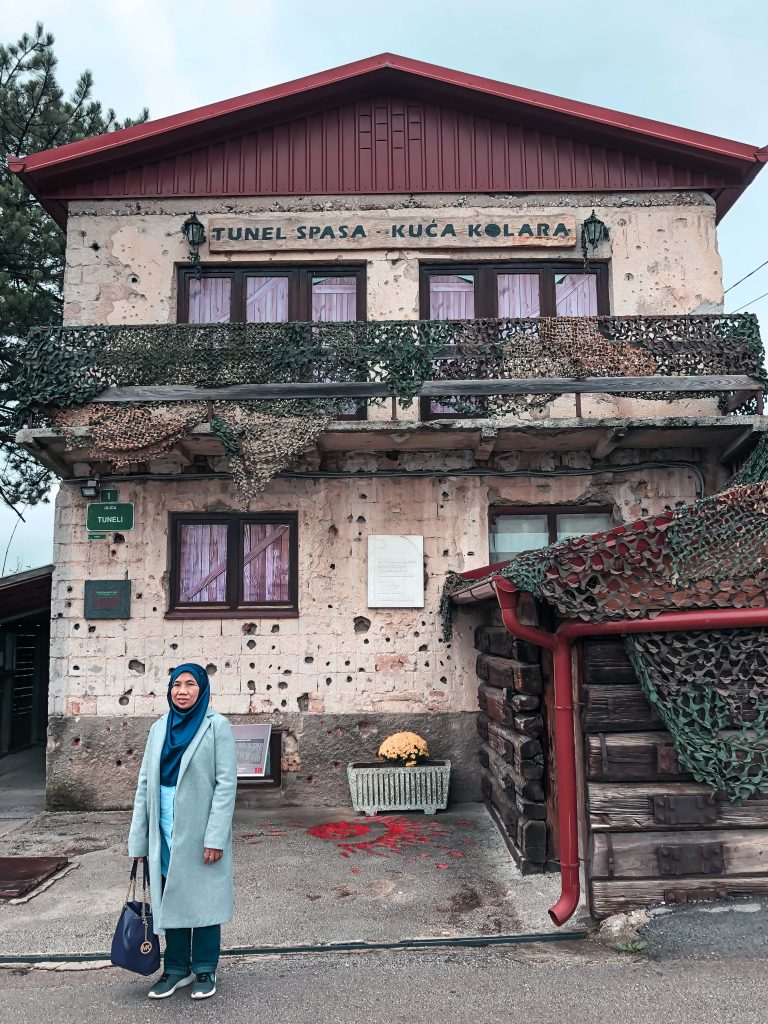 Running under the airport runway, it was built by the Bosnian Army to supply food and water to the Bosnian living in Sarajevo during the three-year siege. The tunnel was the only thing that connected Sarajevo to the outside world. 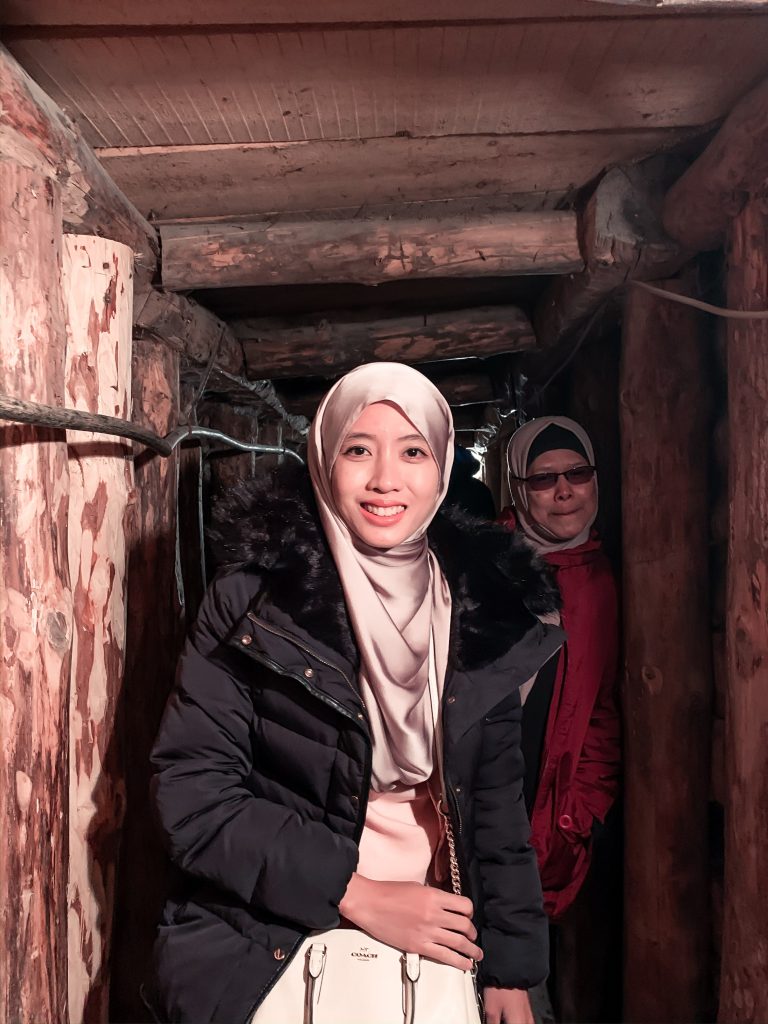 I wonder how European can fit into this tunnel?

It was an eye-opening to experience the glimpse of the war realities they had to go through during the genocide.

Located at the outskirts of Sarajevo, Vrelo Bosne is directly translated as Bosnia Spring. It’s best known as a park which has breathtaking landscape and you’ll be greeted with crystal clear pools of water from River Bosne.

Breathe as much as you want 😀

Entrance is exceptionally cheap and definitely worth every penny! If you love being surrounded by nature, having romantic walks by the river and taking horse carriage rides, you should certainly visit Vrelo Bosne while you are in Sarajevo. 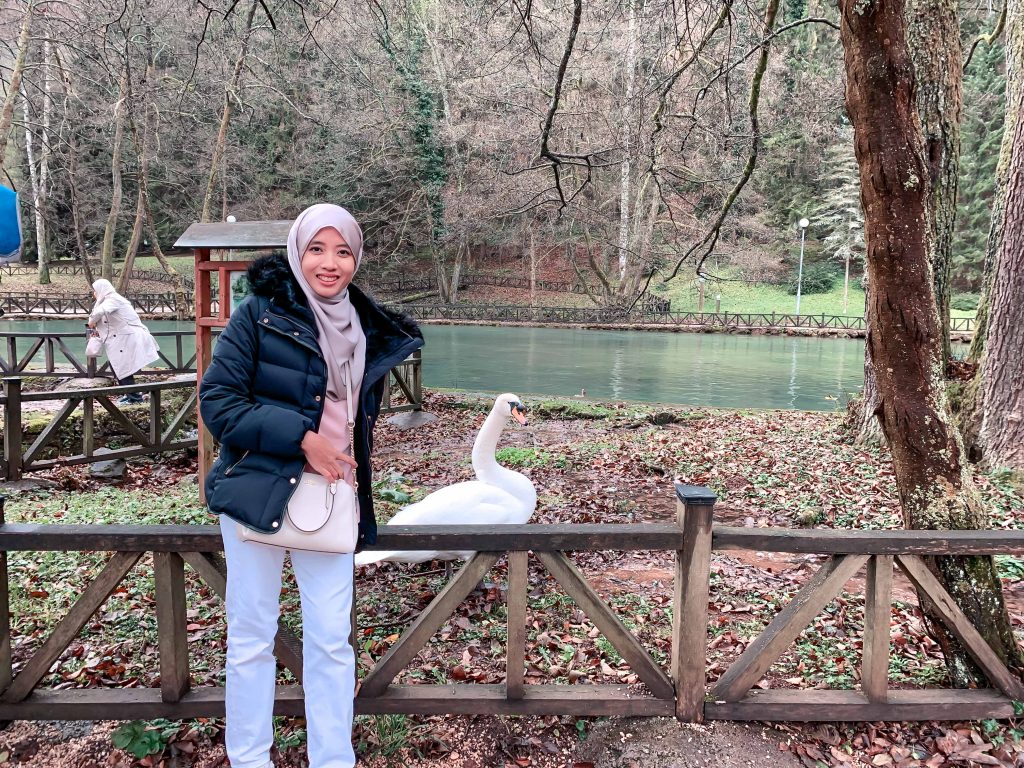 The air here was super refreshing and I enjoyed the breathtaking view of the surrounding forests.

This whole trip was one of the most moving and powerful tours I’ve ever done. I love being surrounded by nature and that’s how Sarajevo came to my mind. I did not just enjoy the stunning sceneries but also inspired by how the people here picking themselves up and getting their lives back on track since the war. Visit Sarajevo so you can help support the survivors.

I wrote this article for FlyKLIA and check out my article on this link, FlyKLIA.com! 😀 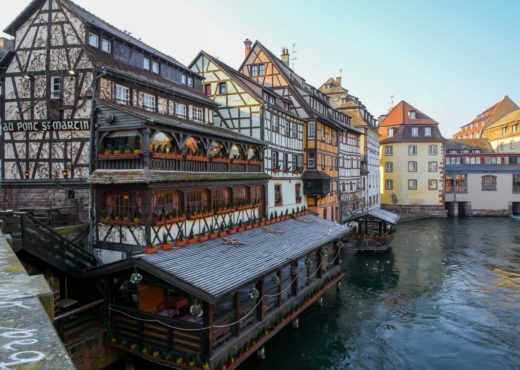 A Local’s Guide to Strasbourg, France Muslim Friendly Itinerary in One Day for First Timer 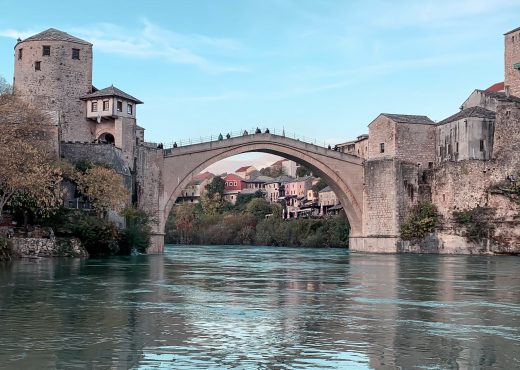 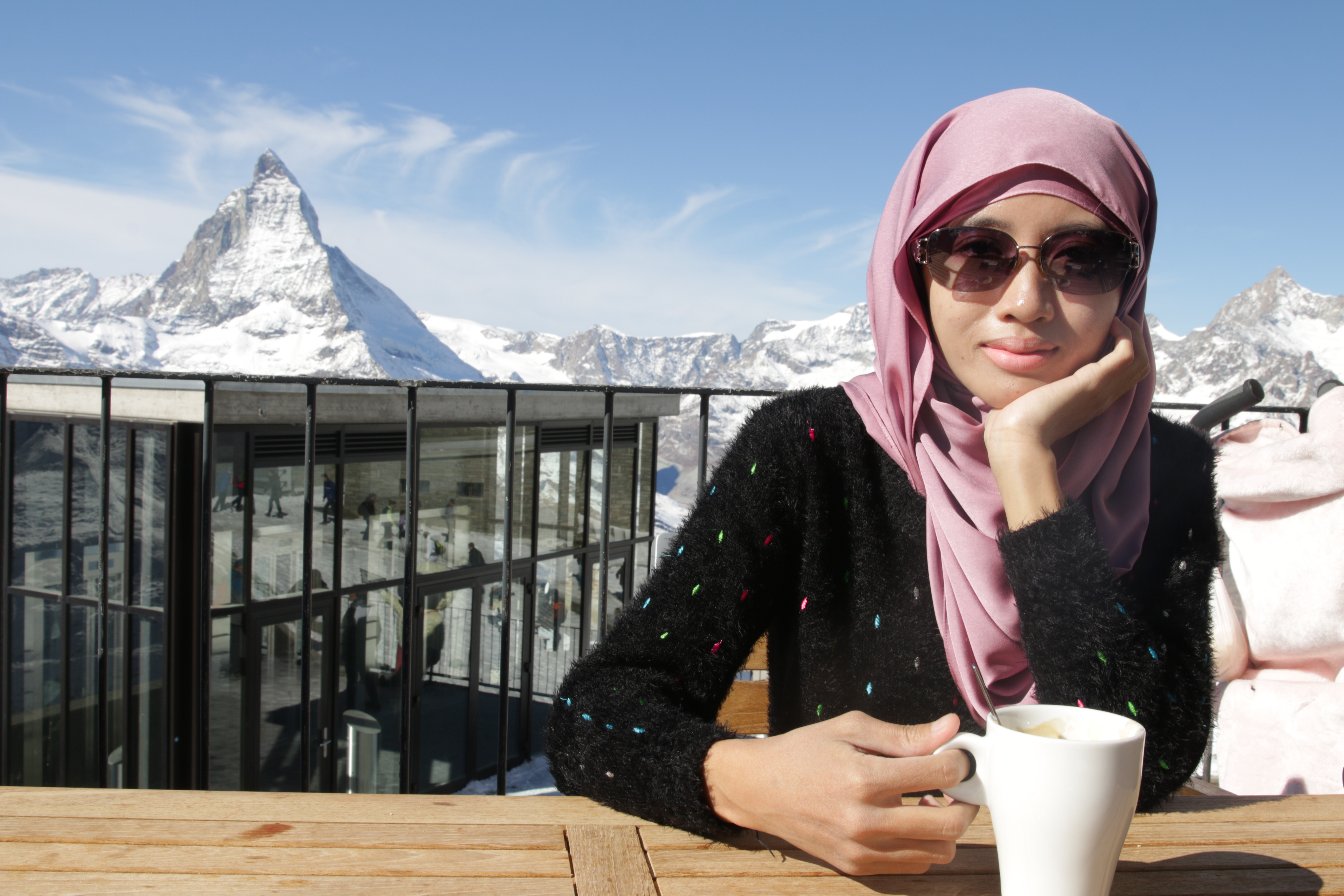 Hi! I'm Fatin, Kuala Lumpur girl. I founded FatinDays.com as a place to share inspiration from my travels and to inspire others to see the world. Contact:fatindays@gmail.com


Error: API requests are being delayed. New posts will not be retrieved.

Error: API requests are being delayed for this account. New posts will not be retrieved. 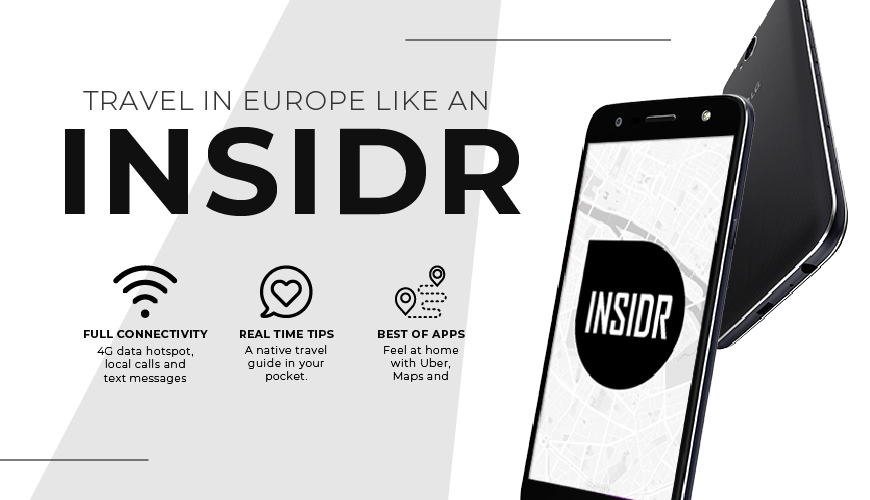 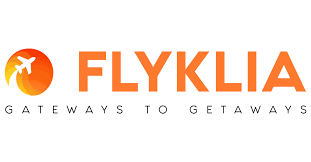 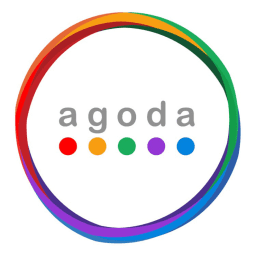